Today’s test provides the new Yashica Y35 digiFilm camera, the development of which was fully funded by Kickstarter. But it is worth figuring out whether the camera is worth what the photographers expected from the developer’s company.

After she went on sale, you can thoroughly understand all its nuances and shortcomings. The first deliveries of this product were supposed to start as early as April 2018. But to date, most buyers who have made a prepayment, did not see any changes in the status of the purchase and of course did not receive it until today. 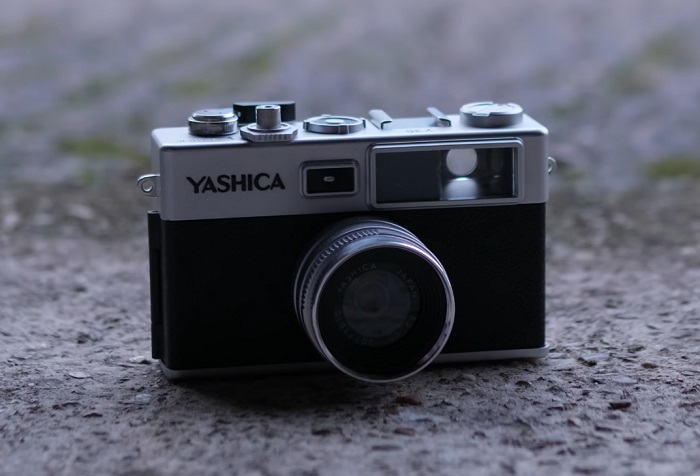 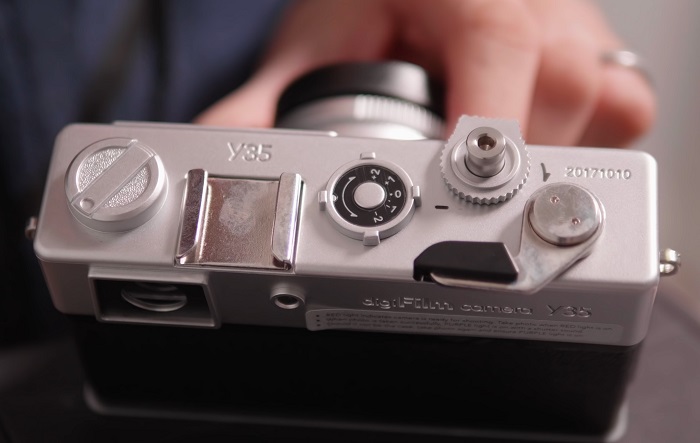 This camera resembles a cheap children’s toy. Perhaps it is precisely this that the developers have partially implemented their advertising slogan. But besides the unusual case, there is absolutely nothing to remind about the many updates, or about the modern modernization that Yashica promised.

If you reveal the whole essence of the Y35 camera in brief, then we can say with confidence that this is a kind of trick, which was successfully obtained thanks to the retro style. But despite this, it can not be used as a serious photographic equipment to create masterpieces.

Most of all, the irrational use of details in the construction and design of the camera requires criticism. The pen, which is designed for film rewinding, is completely devoid of any functions. It is simply part of the body. In addition, it is made from cheap plastic, not metal, which could give a unique style. 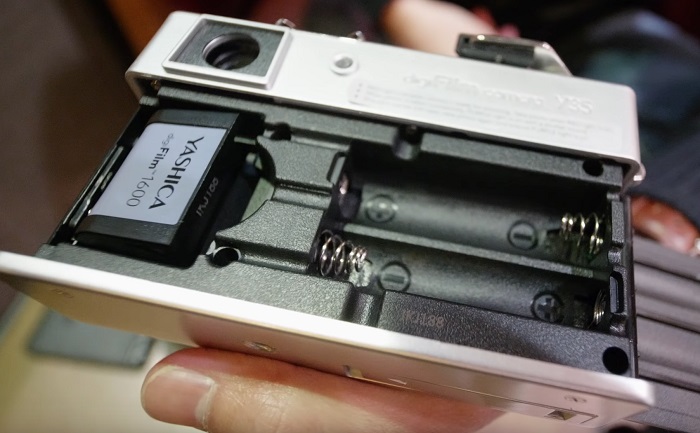 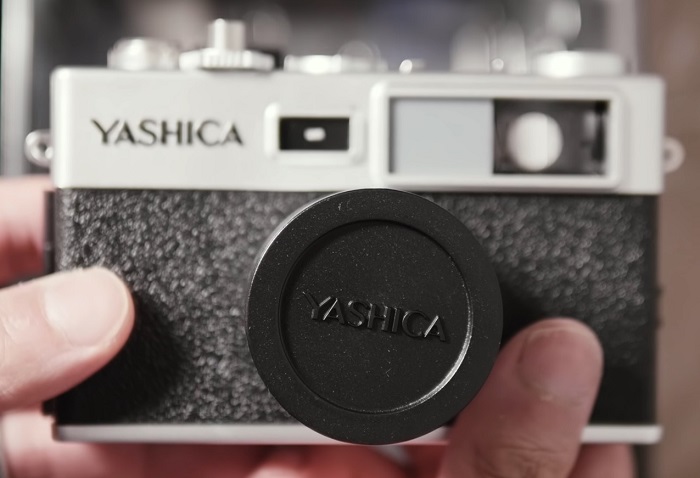 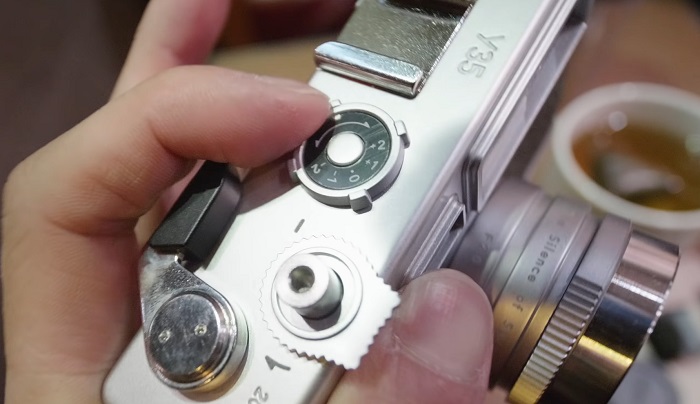 The camera power button is generally striking in its cheapness, resembling a loose face of a coin. With its form it seems that it is made on a 3D printer. So you can continue on.

The anti-purchase recommendation for this device is as follows:

– the ability of the camera to turn off while pressing the button, which is responsible for opening the shutter;
– sometimes it doesn’t even turn on;
– cheap appearance, which is associated with poor-quality assembly material;
– fragile design;
– the design is thought out not to the end and there are significant shortcomings in the quality of the assembly;
– the quality of the photo is just disgusting and resembles a children’s camera, but not an expensive device;
– labeling does not work correctly, and the imitation of the film does not match the style of the photo;
– during the black and white mode, the photos are blue;
– incorrect shutter operation when a button is pressed;
– Too hard shutter opening button, which does not allow you to work comfortably;
– difficulties arise during the installation of digiFilm cassettes;
– while opening the lens cover, it separated from the body;
– The data cable is not suitable for working with the camera.

Let’s summarize the above.

The opinion of most professional photographers unanimously confirms that the famous brand Yashica completely disappointed and did not meet expectations. After all, the cheapness and unreliability of a plastic camera is not worthy of having the name of a worldwide brand. And its price of one hundred and fifty dollars pushes consumers away. All these shortcomings will not make it a popular photo technique.

It is possible to say in folk language that this time this model is a sheer fraud on the part of the developer. At first, the Hong Kong company completely criticized all reviews and complaints of customers, but there were so many of them that the manufacturers were completely silent.

Kickstarter is completely dissatisfied with the complaints and feedback from its customers who have received poor-quality goods.

The main slogan of the company Yashica, – “Expect the unexpected”, but, unfortunately, it absolutely did not justify the hopes of its customers. And indeed for many fans of this brand was a complete disappointment.

Shutterstock Tax Forms for the 2018

How to take pictures on Android