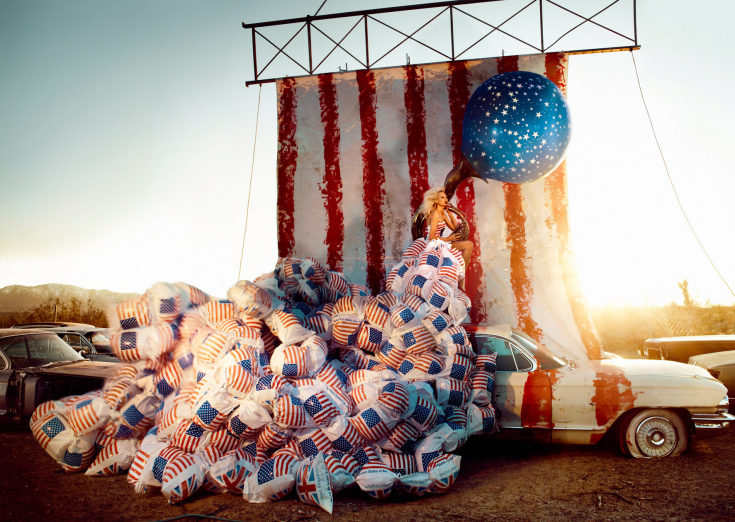 The history of US photography marvelously repeats the history of the country. Both are relatively young and both in their early years depended on the developments in Europe.

From the very beginning it was clear that photography fitted the American character. The possibility to make images with mechanical means married well with the practical Yankee streak. Even if, at first, the United States did not contribute much, they widened the boundaries of photography and its usage.

The first half of the century passed in the struggle between photographers’ aspirations and limited capabilities of the newborn camera. The young state’s inventiveness probably surpassed everything that came from across the Ocean – everything but the art. In artistic sphere the US followed Europe, drawing from European experience and knowledge. 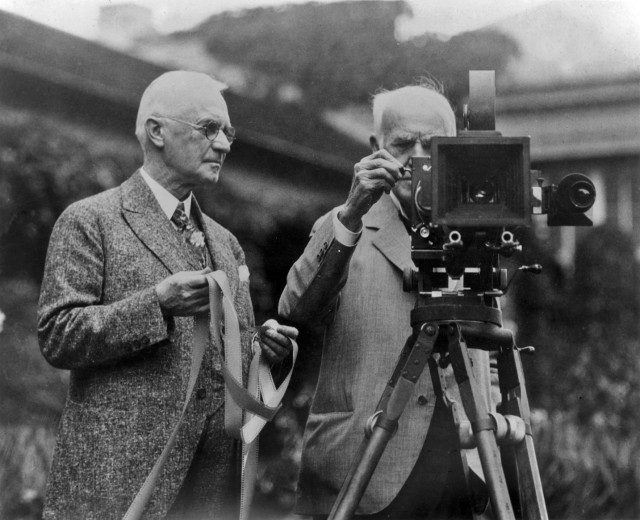 George Eastman, the Kodak founder, together with Thomas Edison

By 1890-es the pure practical approach to photography gave way to a longing for more emotional or intellectual value. At the same time the reflective plausibility of photography, a valuable quality in itself, merged with human empathy. The impassive camera view with the trepid attention for pure monochrome beauty started balancing with the desire to follow the artistic tendencies from the XIX century. Amateur photography originates in England, but truly democratic it has become thanks to the American Kodak.

Efforts to master technical improvements and new concepts of meaning and form coming from Europe continued throughout the XX century, but once they had discovered photography as means of creating visual imagery, reflecting the unperceived yet inevitable spiritual human nature, Americans became important contributors.

From the beginning photography was a recognized communication means but, contrary to other kinds of art, it was viewed as an adversary rather than an ally of the master. Before it won recognition as art, worthy of love and respect, photography had to be filled with substance and gain trust in its amazing and specific capacities. As soon as creative achievements of photographers fulfilled these two conditions, photography in the USA turned into a viable art, free from influence of its European predecessors.

Photography, the visual narrative of times