Jerry Uelsmann’ fantastic photography, captivating and horrifying, touches the deepest chords. It leads us to believe that, although the author is a real person, as artist, he defends his romantic personality against reality claims. Uelsmann has the unique ability to fascinate without effort. Being a true artist, his inner drive is the thrill, the creative rush, egging him to share his emotions and inceptions. Unawares, the spectator follows the master. And Uelsmann knows how to lead: it is the key to his success. He is rather straightforward – no hints here – and therefore his works seem akin to the authenticity which is the essence of photography. The imagery of his photos is so original that the artist’s own vision looks more convincing than the reality itself. You can hardly find someone else in the same generation of photographers, who is so persistent in pursuing what Guillaume Apollinaire once named as art’s biggest gift – surprising the audience.

At the dawn of photography people were mesmerized by its technical aspect. Today the awe and the mystification with the process have been transferred onto the man behind the camera. That man is now the chief character in the drama of craftily merging sensory perception and mechanics, lest the resulting image should not be viewed as some mirror picture, but a piece of true art. It has become clear: the shot is not limited by the frame. The meaning stretches beyond that, unveiling the unfathomable multitude of phenomena. Photography is not only about personal perception, outsight or mastery – it reflects a certain spiritual thing, a symbol outgrowing its material reality.

Deep in each piece the master’s own personality is hidden. Like the pushing instinct of an animal being born to the world, the artist’s efforts aim at self-assertion and personal realization through art. And how cowardly would be the piece, if the artist juxtaposed some collective ideal and his own individualism! To understand art one must discern the man behind it with his aspiration to find and express himself. Uelsmann‘s life, ways and manner, his human body and creative endeavor – all this constitutes the complex entity we call ‘the self’. The ‘self’ leaves one overall impression, perceived as darkness and blinding brilliance at the same time.

Fifteen years ago Jerry Uelsmann studied at Rochester technological institute. He had not yet discovered photography, but already then he stood out of the crowd – with his iridescent sense of humour, brimming of liveliness, which so often borders on strange in the average eye.

Jerry is still the weirdo he used to be. His ‘strangeness’ is right there, so is the wit, but the former is more comical. The eccentricity shows in his speaking manner, his clothes, in his passion for collecting all sorts of trinkets and in his fantastic hand-written letters supplied with photos, Victorian-style postcards, drawings of symbolic objects, comic characters from American films and Florida alligators’ heads.

But Uelsmann’s photography is void of everyday humour and funny tricks: it opens up a different and darker aspect of his personality. One is tempted to think that the histrionic behavior compensates for some hidden anxiety – the acute interest for life and serious doubts about its meaning. No wonder, Uelsmann’s interest in photography dates back to the time he discovered that camera helped to smooth out personal relationships. He even thought that the camera (or photography) could help him exist outside his own boundaries and only later understood how naïve he had been then. Jerry is infatuated with life, but his scintillating liveliness conceals the intent and cold-blooded search for means to fully reflect the human condition.

He is well aware of the fact. Although Jerry declares he isn’t an active part and quotes the concept of “discovery through action”, actually he demonstrates a high degree of confident mastery and purposeful creative conception.

The contemporary artist – just like his fellow-predecessors, though – feels and shows the presence of immaterial, hyper-sensorial influence on our emotions. The artist is atavistic, a surviving mystery interpreter, the last adherent to the world’s duality concept, capable of teaching us to connect to the clandestine and turn it into the likely. With the capacity to perceive the world in its integrity, Uelsmann easily crosses borders. He destroys reality and replaces it with imagery unseen before.

The complex montage method serves this purpose best. Uelsmann uses photos as an alchemist would use his substances.

His wayward photographic imagery with its mediumistic dynamics looks like a kind of wizardry. Uelsmann’s photography is not the end but the beginning of a creative process. His shooting is simple, quick and without tricks, responsive to everything that the camera may pick out. Without too much thinking of the final result he exposes a lot of film and carefully keeps the negatives’ stock for future projects.

In his laboratory Uelsmann makes the image step by step to get the picture equivalent of his mental vision. Doing that, he consciously follows the whims of his imagination. His artistry wouldn’t be so empowering, if it weren’t born spontaneously. And he never uses someone else’s shots, either. The personal and deep connection with half-forgotten objects or events, captured maybe years ago, is drawn anew from the stock of negatives into the light of reason. Each step in work becomes a new memento of the photographer’s life, a fresh perception, another divergence from the common sense.

The review of Jerry Uelsmann’s photography reveals his stubborn effort to master all aspects of this art in order to finally achieve the true integrity. Nothing goes by unnoticed, failures, too, play an important role as part of the struggle: in our epoch of easy successes the struggle must be most important of all!

As the general opinion holds it, Jerry Uelsmann is the enfant terrible of modern photography. He consciously draws from Rejlander and Robinson, two masters of the previous generation who remained non-understood. Uelsmann sees himself as their successor. They also made composite images from separate fragments of different shots. But in Uelsmann’s hands the technic develops and gets perfected. Robinson and Rejlander combined pieces of photos to recreate the overall picture, happening or concept in the linear time and space perspective, while Uelsmann’s approach tackles the simultaneously changing systems, concepts and events in an attempt to reflect the inner, non-linear mental or sensory process. 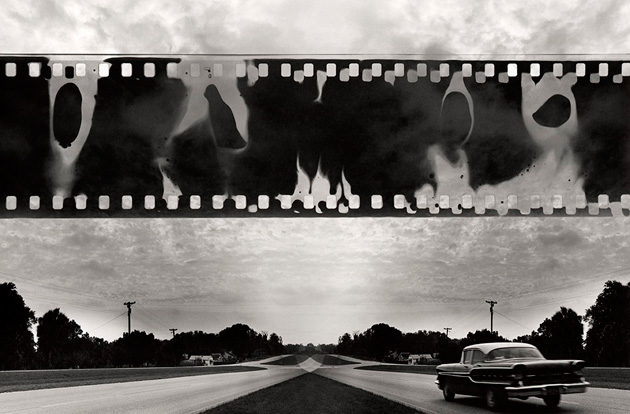 The Wedding Look presets for Lightroom