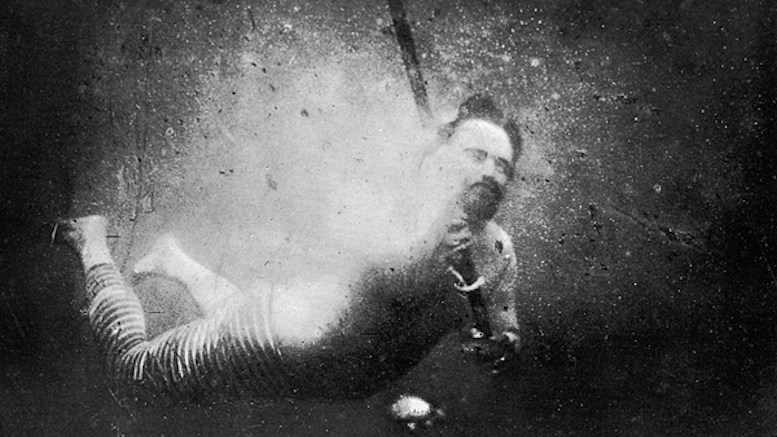 The first underwater portrait of the world was lifted in 1899.

This week we pay tribute to one of the world’s first underwater photographers, Frenchman Louis Boutan.

Accurate details about this photograph are difficult to pin down. Here’s what we know for sure: it is not a self-portrait. It is a portrait of Romanian oceanographer and biologist Emil Racovitza, and it was taken by the aforementioned Louis Boutan in Banyuls-sur-Mer in the South of France in 1899.

However, if you dig around you’ll find a lot of other info as well. Many claim it’s a self-portrait that was taken in 1893, that the exposure was 30 minutes long and Boutan suffered Nitrogen narcosis as a result, and that it was captured at a (holy crap) depth of 164 feet. 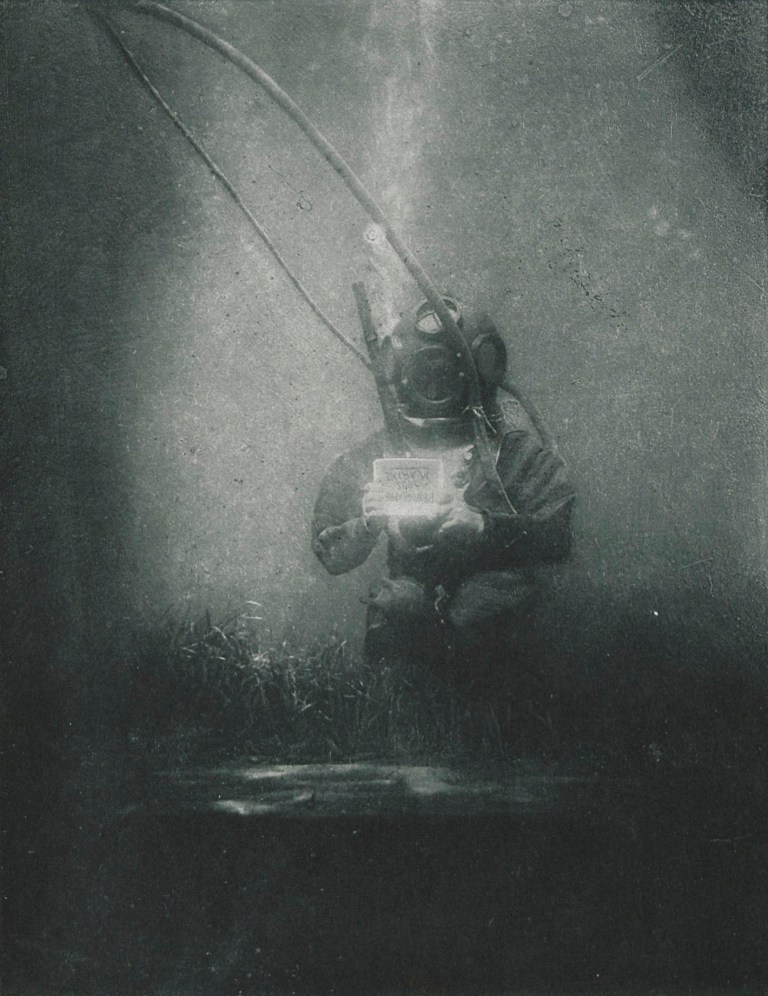 One of the first underwater shots, Louis Boutan. © Wikimedia Commons

We could find no mention of the depth that satisfied us, and the 1893 date seems to be the date Boutan first invented his underwater camera. He took some underwater photos that year, no doubt, but this portrait was more likely taken in 1899 after he developed his crazy underwater flash photography rig… speaking of which: 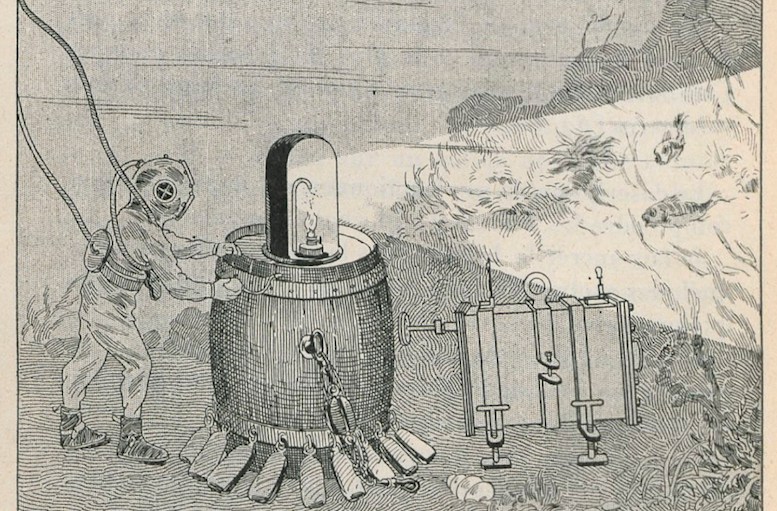 Seeing that his exposures—ironically enough, taken on “dry” plates—had to run as long as 30 minutes to capture the proper amount of light, Boutan began to develop a flash photography rig that could easily double as a bomb.

The creation involved an alcohol lamp on an oxygen-filled barrel. A rubber bulb would then blow a puff of magnesium powder over the flame, creating a flash. From there, Boutan kept iterating his cameras and bombs flash rigs, improving on his initial creation.

This portrait was likely taken in this way given how sharp the text on the placard (which reads “Photographie Sous Marine” or “Underwater Photography”) and the grass at the diver’s feet is.

Here’s a look at one of these rudimentary flashes in action during a demonstration by the The Barcelona Underwater Festival: