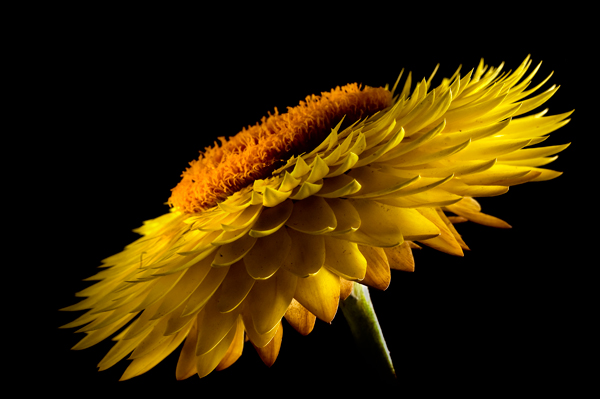 Black background with a single source of light without flash.

A dark background can draw the viewer’s attention into an image, and create a dramatic effect that is unique and compelling. Subtleties of lighting in the foreground or mid-ground, for example, become more noticeable and have great impact on the “feeling” of the image.

The easiest, quickest way to create a black background for your image is to make it happen in-camera and not in post-production work (such as in Photoshop). 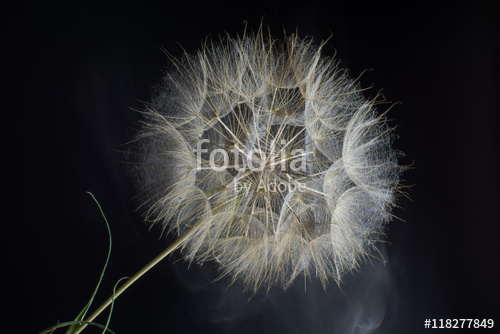 Shoot in a dimly lit room. Use a light source that falls only on the subject. The speedlight (flash) you use in your camera’s hotshoe will work fine for this, but you will want to take it off-camera to create this effect. A remote trigger is best.

And if you don’t have a speedlight, don’t fear. You can even use a flashlight.

The first method you could use involves use of a black piece of material in the background of the shot. Place the background at least 4-6 feet behind the subject. Keep the light that is on your subject from illuminating the background, so it stays dark in the image.

I prefer a different method. It is called “working above the ambient” by David Hobby of Strobist fame (www.strobist.com). This method is rather easy to create indoors. It can be done outdoors, but in this case, we are going to focus on an indoor shot.

We want to eliminate the influence of ambient light in the picture. The only light you will be working with will be from the flash. Your camera’s exposure will be set so as not to pick up any ambient light, and then you will bring the power of the flash to the right setting to get a proper exposure on the subject. Sounds challenging? Experiment and it will quickly become second nature. 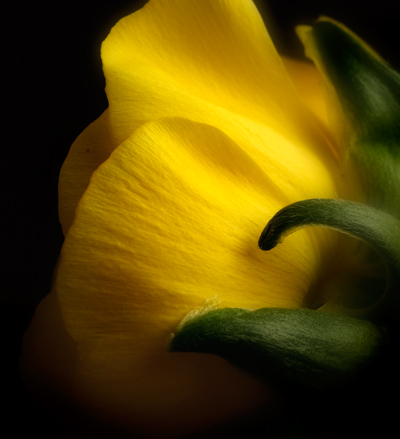 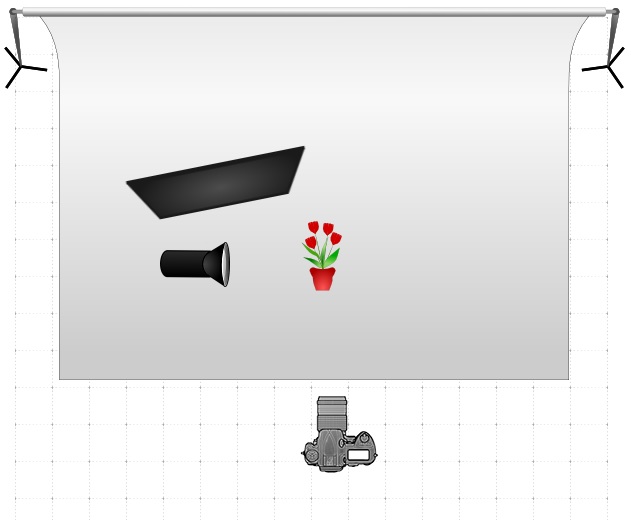 Setting Up For A Dark Background

See also: How to increase the natural light

How to photograph flowers and plants